Hi!
New to the forum and to Mixed Reality Development and while I've only halfheartedly searched (don't hate me) for it I could not find an open discussion on adding new gestures.

From what I've gathered it's not impossible but nor is it recommended as it'd break the generic way Hololens is used across apps. I do see an interest from developers to know what people would want to add as a gesture but these are usually requests in comments or answers to questions about adding new gestures and not an actual open discussion on how an industrial standard should look like.

So if I've missed it I apologize and hope someone will point me in the right direction otherwise I think this is a discussion that should be held openly and not in the offices of Microsoft or it's competitors, after all defining a good UX now is key and we are the users.

I won't go in to what gestures I think should be added here as I think this thread would quickly get messy so if anyone knows any way of gathering input in an orderly fashion that'd be helpful.

While I think creative freedom is great I think that any gesture that you would like to suggest has to follow Microsoft's design guidelines for optimal user comfort and should include a simple sketch on how you feel the gesture should be used (simple hands and arrows similar to that of the "tutorial"). Chances are also that a gesture has already been suggested so maybe a poll to track votes would be one way of going at it.

Let me know what you think!

Some posted this video as a way of re-imagining the clicking gesture and while sci-fi isn't always the best guideline for functional UX I think it's worth posting to get some ideas flowing: 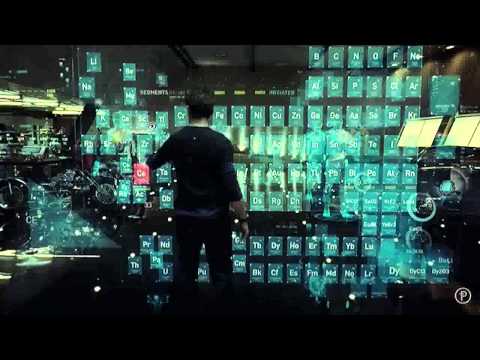