I'm trying to test the shared Spectator View between Hololens and iPhone. Following the instructions, I'm able to successfully set up the project in Unity, build for both Hololens and iPhone, and run the apps on the devices. However, when it comes time for the Hololens to scan the marker on the iPhone screen, nothing happens.

The troubleshooting section said this can be avoided by creating all builds in the same Unity instance without closing the window. I just restarted Unity, created fresh, back-to-back builds for iOS and Hololens, but I'm still getting the same issue. The Hololens camera turns on and takes photos, but it doesn't scan the marker on the iPhone.

One thing to note. When generating the DLL files for the SpectatorViewPlugin, the final step is to:

That specific path didn't exist when I brought the toolkit into Unity, so I had to create it and then add the DLLs. I'm assuming that's normal. Below of is screenshot of my Hierarchy and NetworkManager settings. 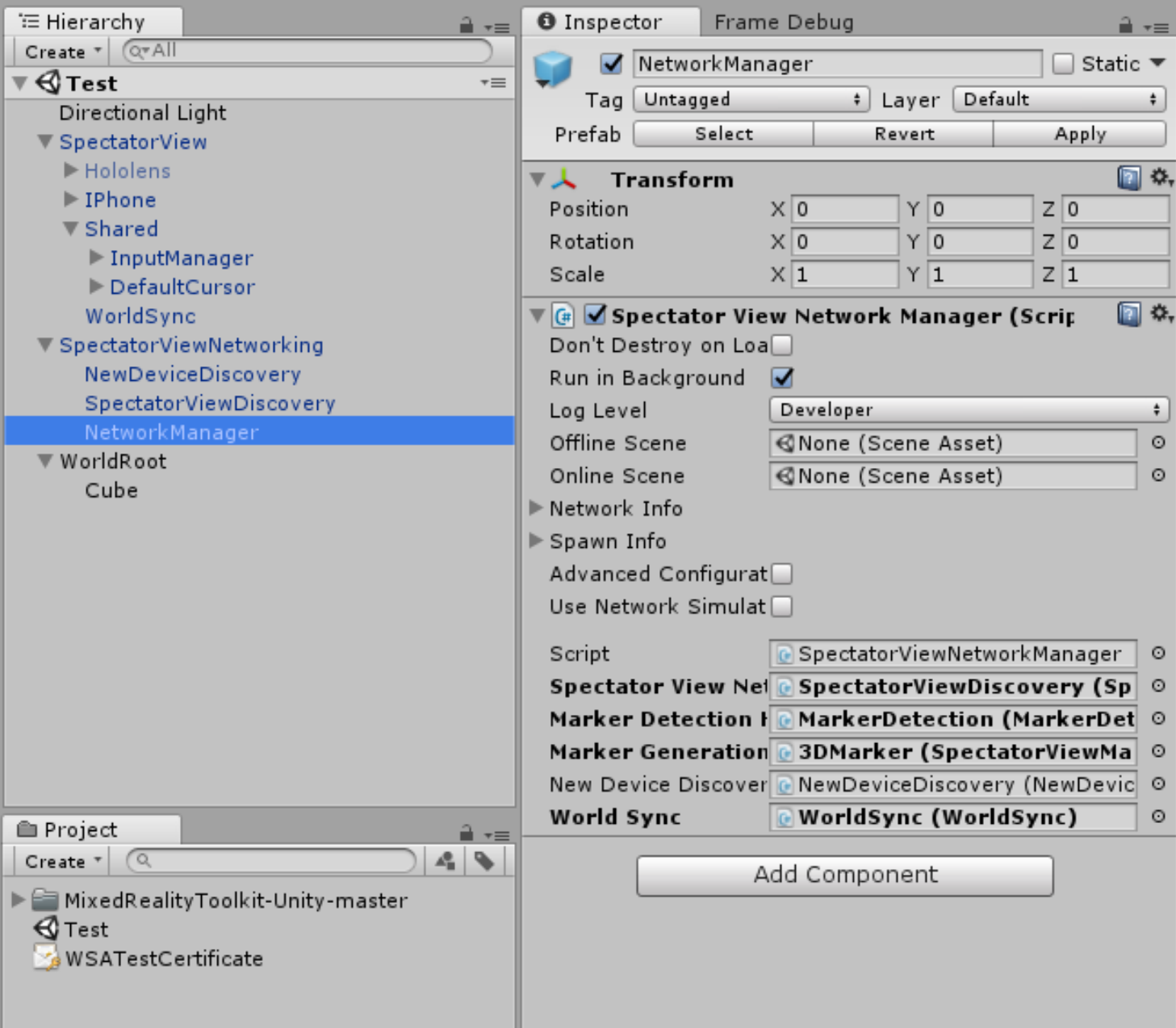