I am a bit of a novice with the Unity Engine and Mixed Reality App development so please bear with me.

I have been working with the Microsoft Mixed Reality Toolkit for Unity to try and animate a game object and move it to the side. A simple action, very similar to an example scene provided by Microsoft with the toolkit called "InteractableObject" (Information links provided below)

This example scene in Unity has multiple objects to be used as "buttons". With the Mixed Reality Toolkit, even objects that you want the user to interact with to perform some sort of action when selected is even considered a button. At least according to the documentation I have actually been able to find on the subject. This is a series of screenshots depicting the inspector panels for my GameObject and the container for my object: 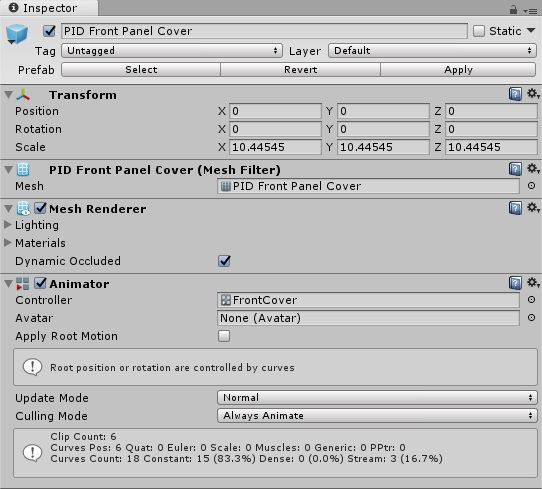 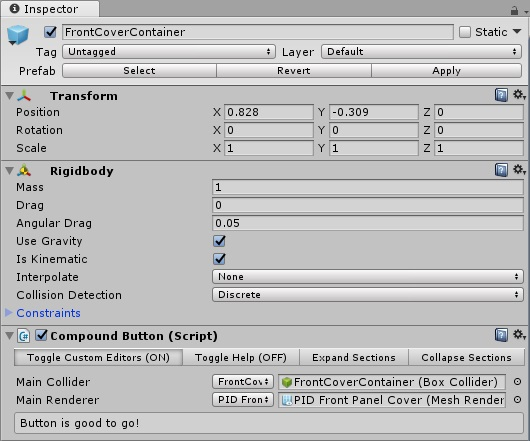 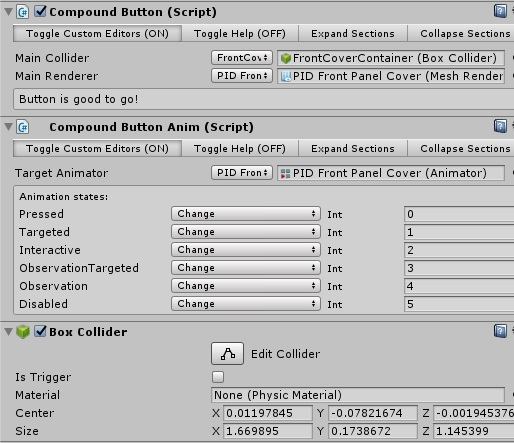 I am trying to make a single game object move to the side when I place the standard cursor on it. This same action is done with a balloon object in the example scene I mentioned. I have created the animator and the state machine the same as they did in there example as well as setup my game object in an almost identical format. Only real difference is that created a balloon object themselves and I am using a different set of custom models from my company.

When I attempt to play back the app in the Unity Editor, the state does not change when I place the cursor on the object. I can force the state to change using the editor and the required animation engages, but it will not change the state on its own. I configured my state machine the same as the Microsoft example and setup my state variable the same as well. It should move from an "Observation" state to a "Targeted" or "ObservationTargeted" state when the cursor moves onto the object. A screenshot of the GameObject state machine and the inspector panel of the specific transition in question are provided below: 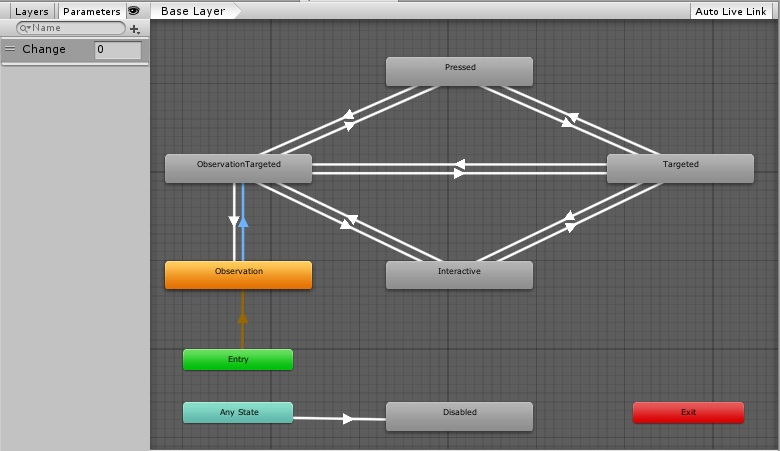 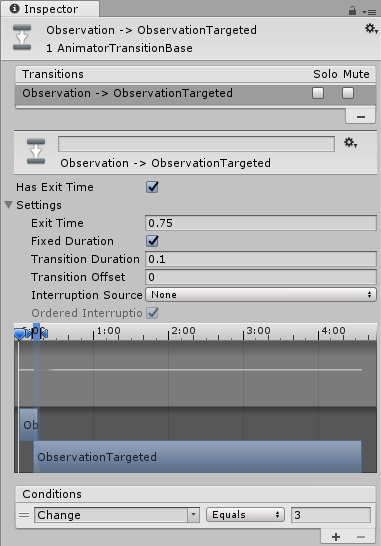 I went through and verified that all components added by the Mixed Reality Toolkit are the same and they are. This includes the DefaultCursor, InputManager, MixedRealityCameraParent and Directional Light. I also checked that all the scripts were coded the same as well and they are. I am running out of places to look. I attached the Visual Studio debugger to the project in Unity and have verified that it just isn't changing the state on its own. But I cannot figure out why. I believe the problem has something to do with the setup of the transition, but I haven't been able to find the issue. All of the other mentioned components are provided by Microsoft and are not changed by myself nor are they changed in the sample scene.

If anyone else has had a similar problem or may know where I can look to find the problem please let me know. I haven't even built the project into an UWP application yet.