My hologram is drifting when the parent transform comes from a WorldAnchor point. What am I doing wr

Yes, I seem to have a concept or two wrong in my head. I read the notes on Spatial Anchors
"https://developer.microsoft.com/en-us/windows/holographic/spatial_anchors"

Group holograms that should form a rigid cluster
Multiple holograms can share the same spatial anchor if the app expects those holograms to maintain fixed relationships to one another.
For example, if you are animating a holographic solar system in a room, it's better to tie all of the solar system objects to a single anchor in the center, so that they move smoothly relative to each other. In this case, it is the solar system as a whole that is anchored, even though its component parts are moving dynamically around the anchor.

Now I tried to follow this recipe by adding in a single WorldAnchor position (red sphere) along with 8 'dependent' spheres ( a 9th is logged being always at (0,0,0)). This picture originally looks like this:- 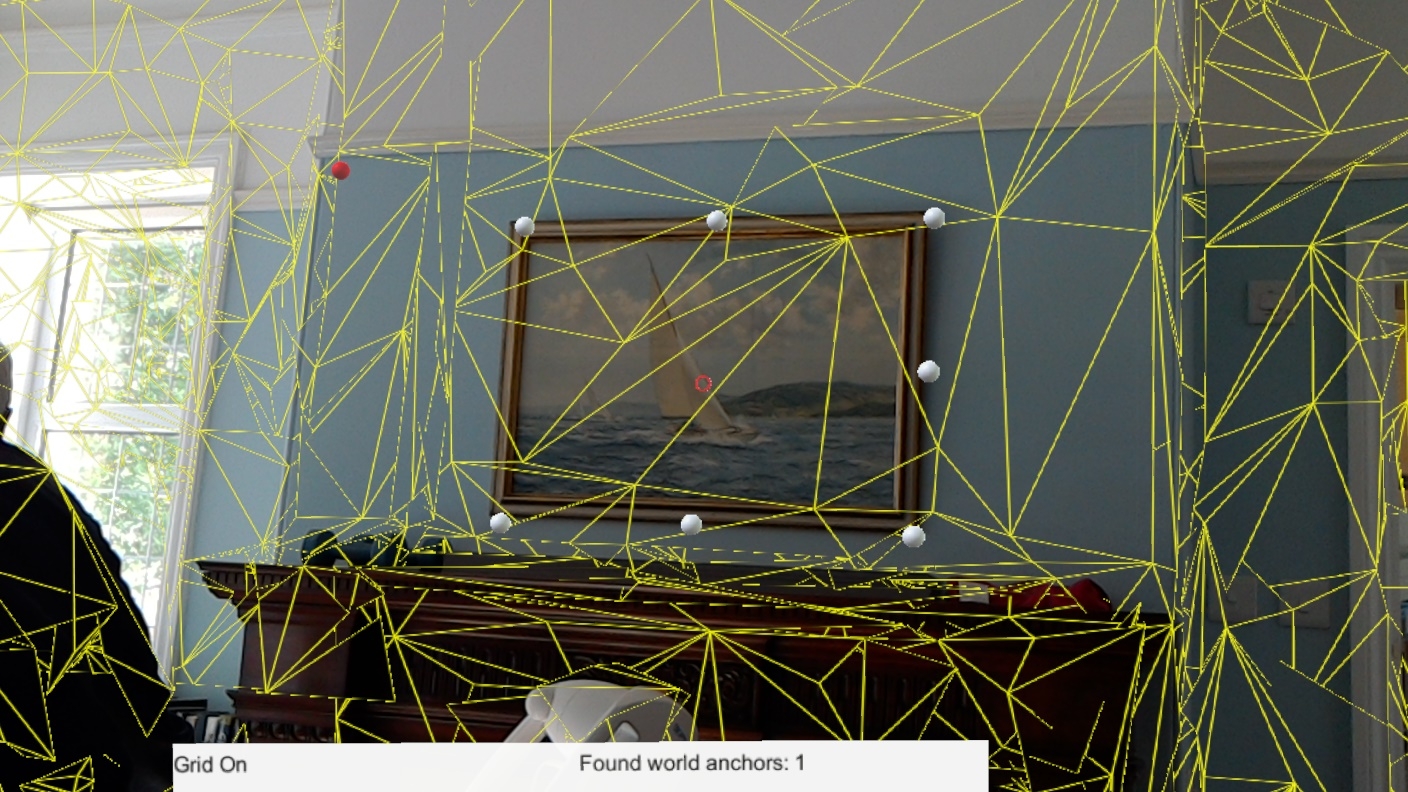 I save the WorldAnchor along the lines of previous scripts seen in these Q & A's by Patrick et al. I save a serialized version of my dependent points in an XML file to be reloaded later. 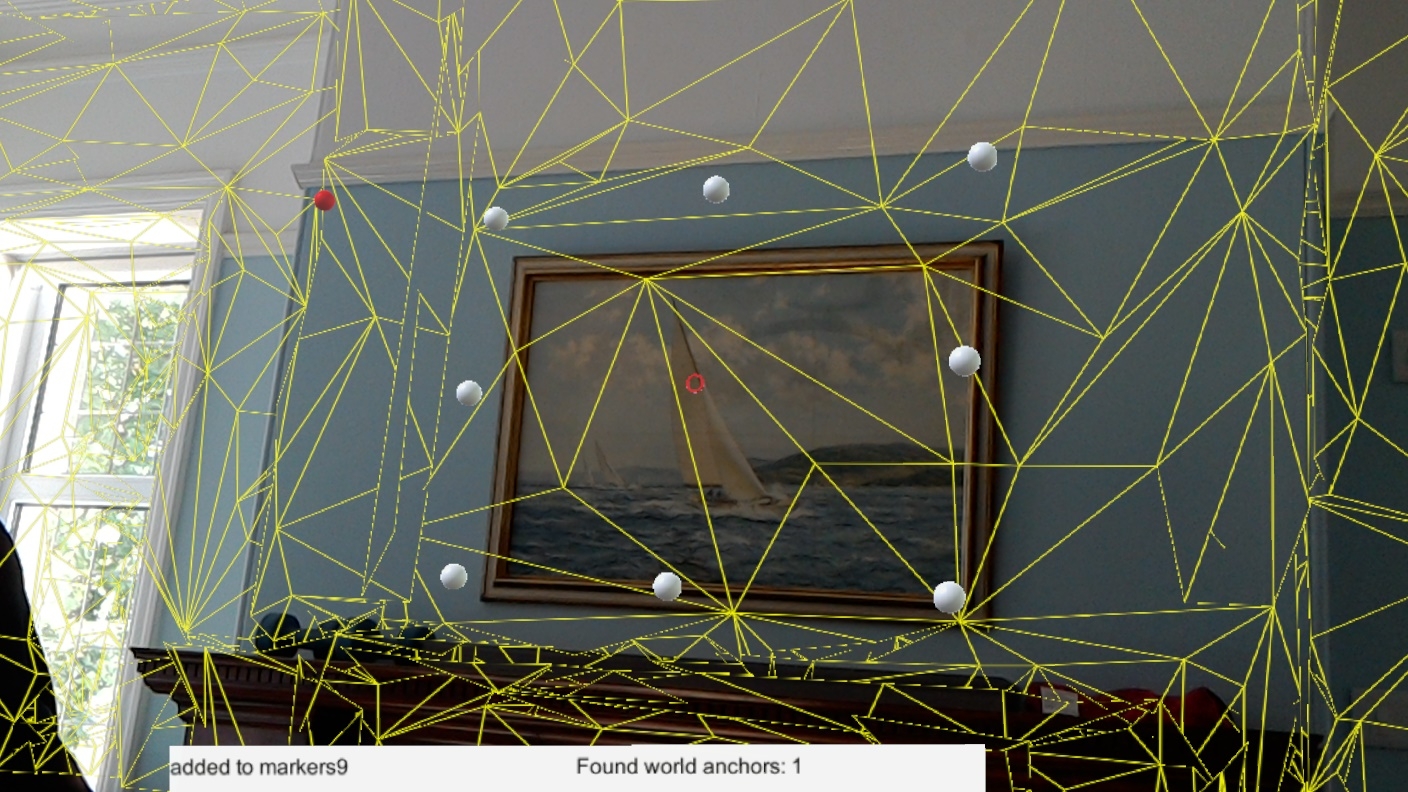 As part of the serialization process the snippet looks like this:-

When I deserialize the object later after the WorldAnchorStore has been reloaded and my scene shows all the red spheres depicting the positions of the anchors (in our example only one appears), I then reload and deserialize the XML file holding the local data. Here is the snippet I use:-

Now I am certain there must be an error or maybe even several here in the way I have written or approached this as loading up my XML file later shows erratic and almost random drift. Which I guess means that my local positioning is not the correct way of going about it.

Is there anyone who can give advice on this please?