Hi, I am a college student, currently a beginner in HoloLens Dev. I completed the Holograms 101 (Origami) in the Holographic Academy. I decided to apply that lesson into a project I'm doing, which is a simulator of the Big Bang. I added the scripts to my project for voice commands, and also the cursor provided in the lesson with the Gaze Gesture Manager.

The cursor shows correctly on top of my hologram (a sphere) and the air-tap gesture on that sphere works (it instantiates an object with a Particle System). 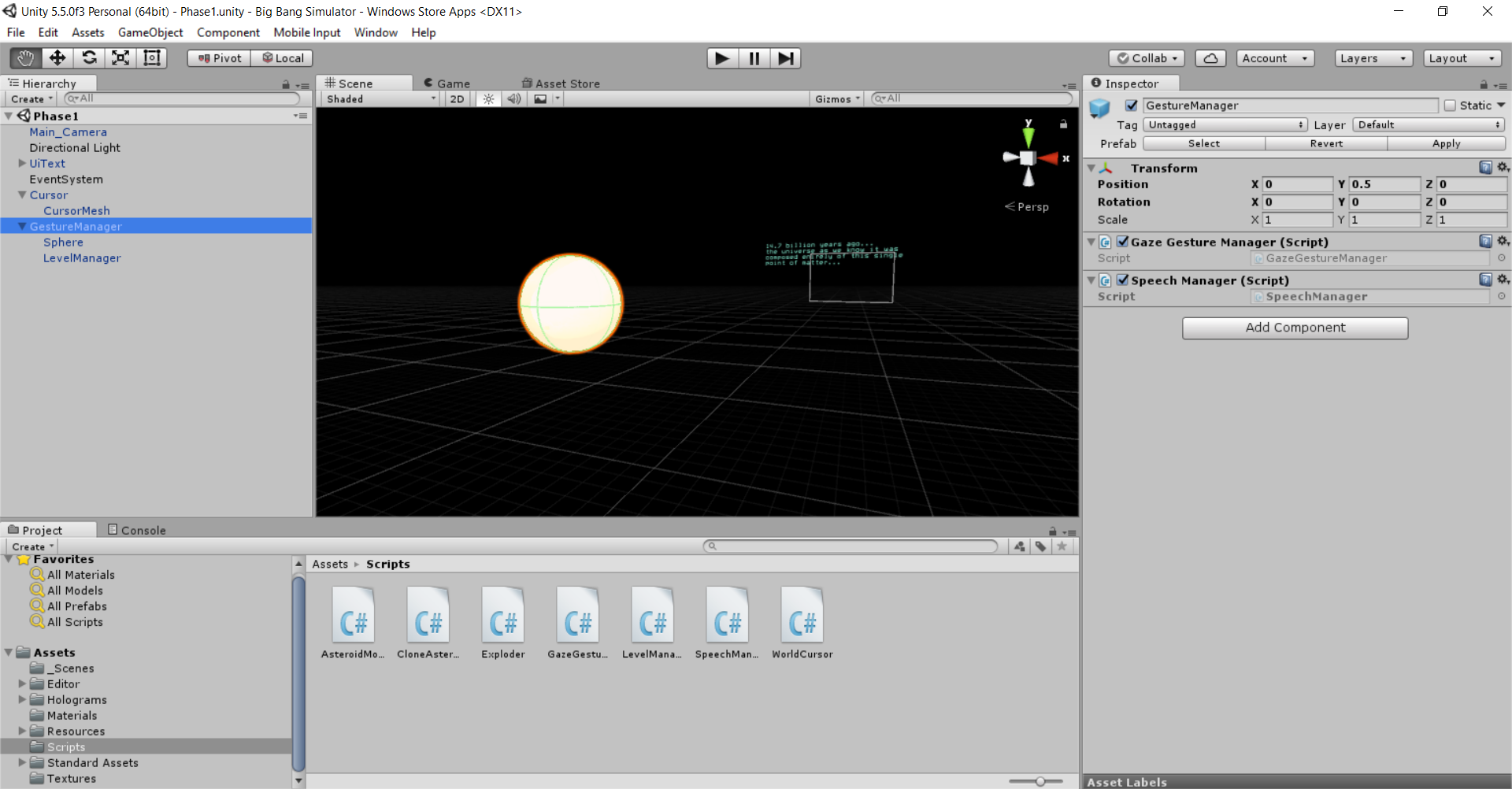 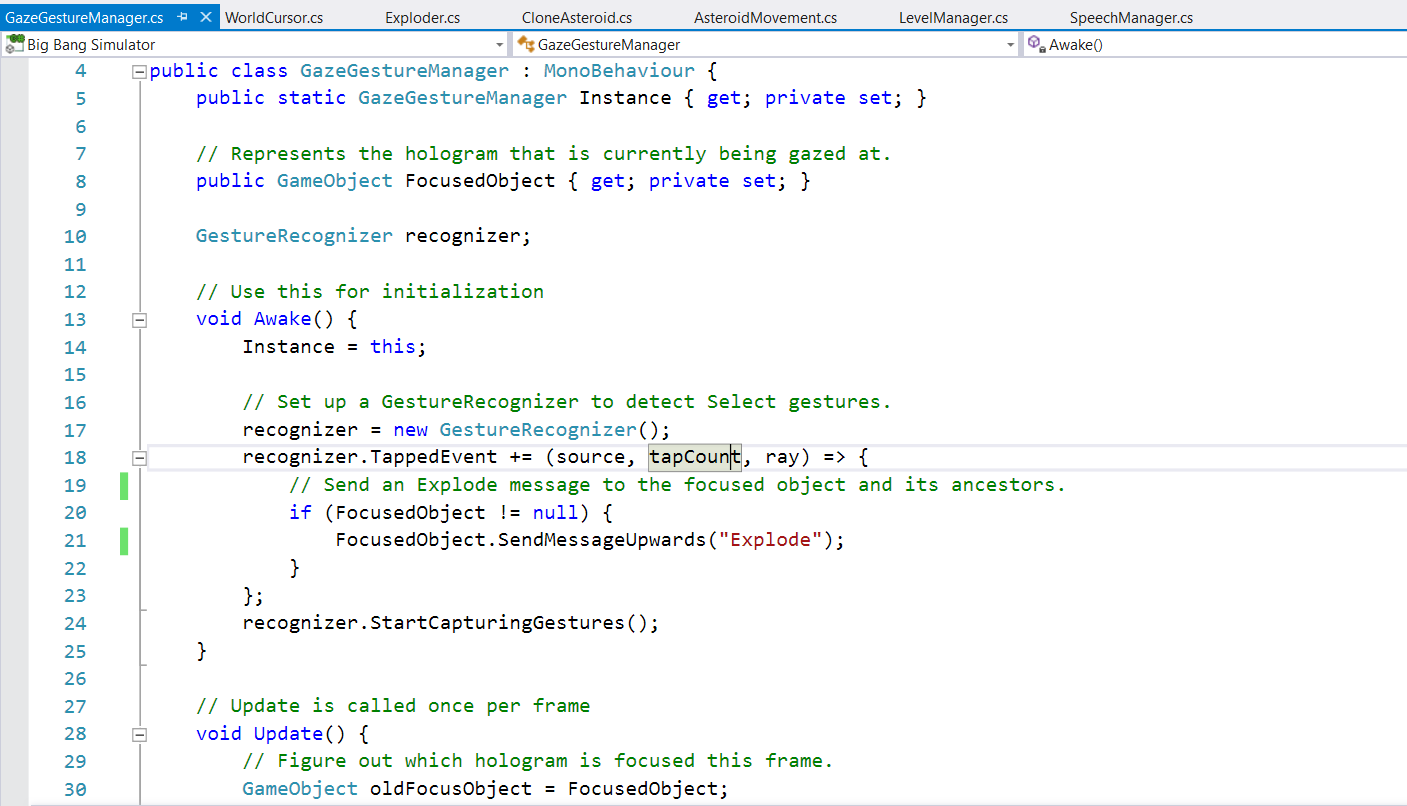 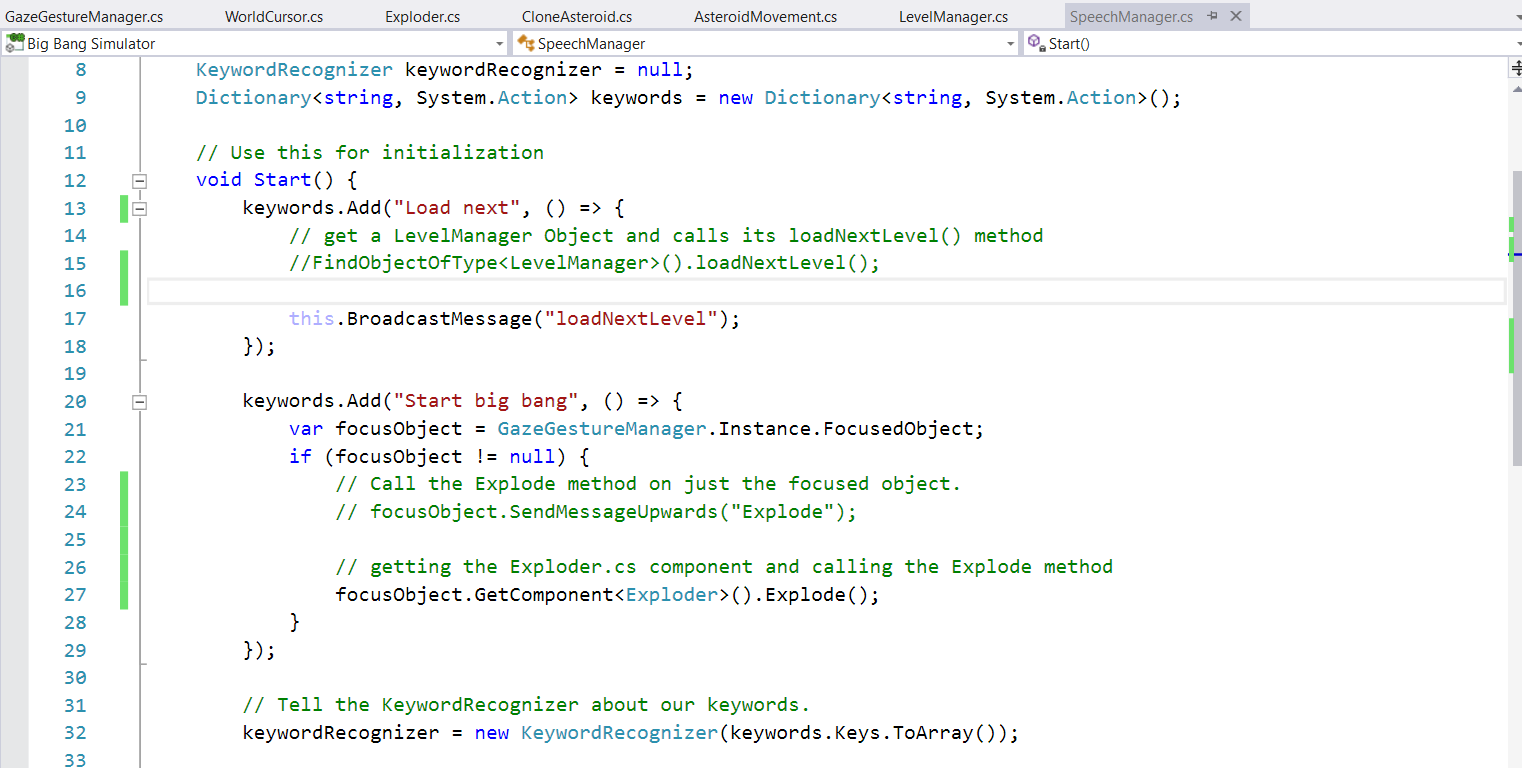 I created a game object "GestureManager", that has two scripts: GazeGestureManager, that manages the air-tap gesture and calls a method when the sphere is tapped, and SpeechManager, which takes care of the voice commands.

The Sphere has a script called Exploder. It has an Explode method that Instantiates a particle system and destroys the sphere.

Any suggestion would be appreciated .