Is it possible to deploy apps to Hololens from VMware?

I'm trying to build Holograms 100 in a VMware on mac air. I'm using VS2015 and Unity 5.5.2f1. When I built and deployed it, it seemed deployed but there was a window showed up, saying "Unable to activate Windows Store app. The activation request failed with error 'Uncaught exception during type initialization".

I went to the Event Viewer to do the troubleshooting, and found there was always one Error 5961, saying "Activation of the app Microsoft.Windows.Cortana_cw5n1h2txyewy!CortanaUI for the Windows.BackgroundTasks contract failed with error: The operation was canceled by the user".

I think I did everything the instruction asked but still cannot make it work. Is it because of the VMWare? Can anyone help me out here? Thank you so much!

By the way, If I only deployed but not ran the program from VS2015, it got deployed. But when I opened it in Hololens, it's only an empty app. And in the device portal, the app only showed in the App Crash Dumps, but not in the installed app list. 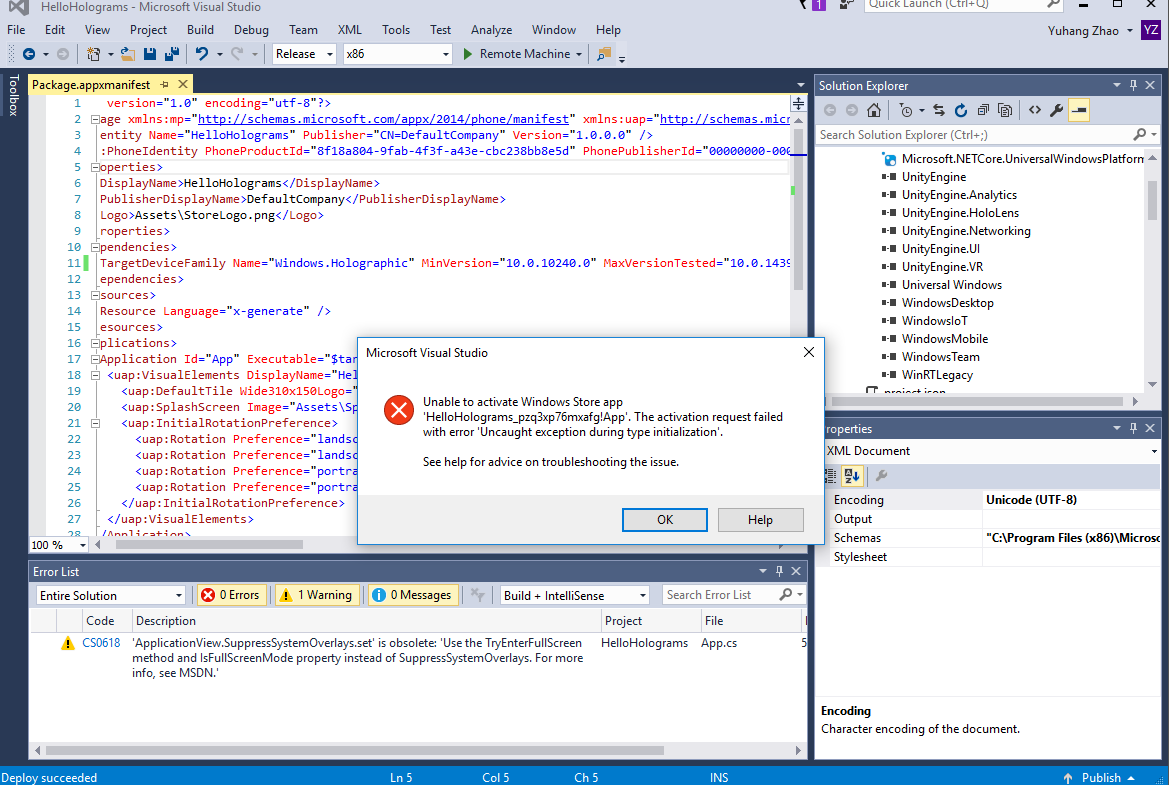 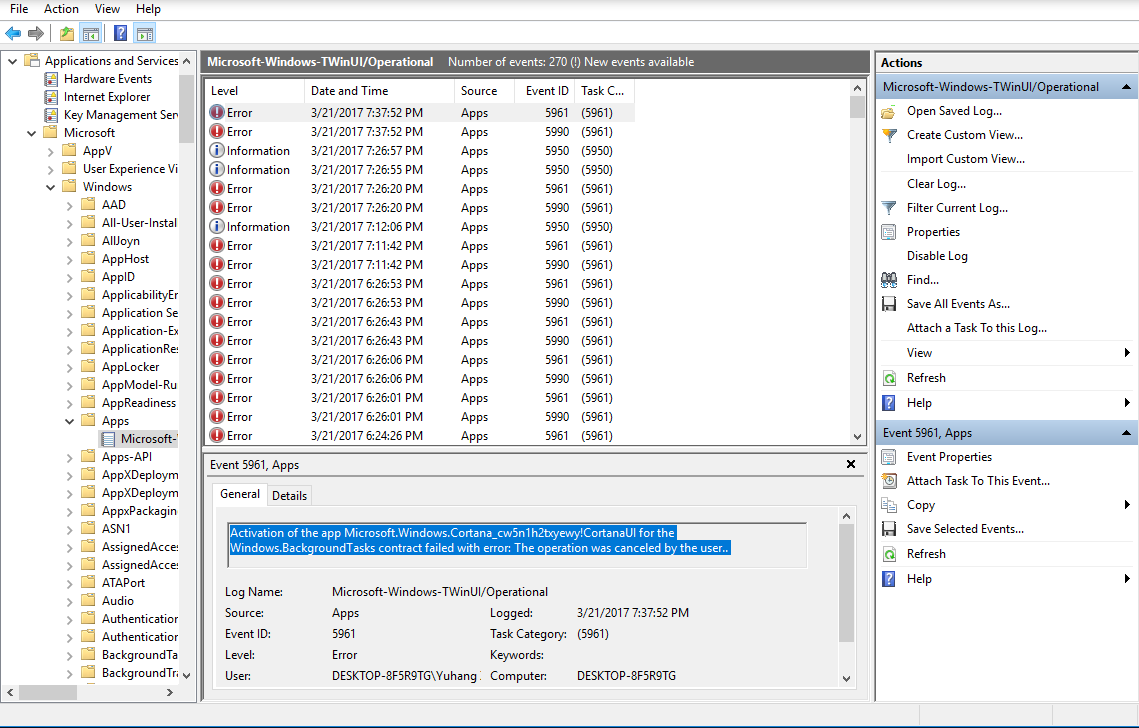