I'm making a project for the Immersive Headset (Acer), and I have an issue where the near clipping plane is different when I run in editor vs. making a build a running in Visual Studio. I will post repro steps below, as well as screen shots of some of the Unity settings.

I set the near clip plane on the Unity camera to be 0.01, so we can get close to the action.
Running in editor, the near clip plane is close the user's head, while making a build causes the near clip plane to be quite a bit further away. This causes objects to start clipping/disappearing quite far away in a VS build and is a huge problem for us. It kind of seems like somewhere in the build the system might be thinking this is a HoloLens and upping the near clip plane by force? Does that even make sense?

I'm currently running on the Acer headset, Windows Insider Fast flight, latest SDK, Unity 2017.2.0b4, and Visual Studio Community 2017. I've created multiple projects and they all appear to do this.

Note: The repro steps are a bit backwards because I believe you have to make a build and put it on the headset before the Play in Editor feature in Unity will work. Correct me if I'm wrong.

Here are my Unity MainCamera and Build Settings, and Visual Studio Run settings: 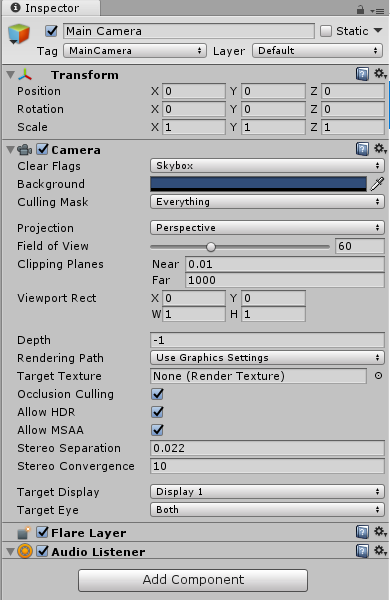 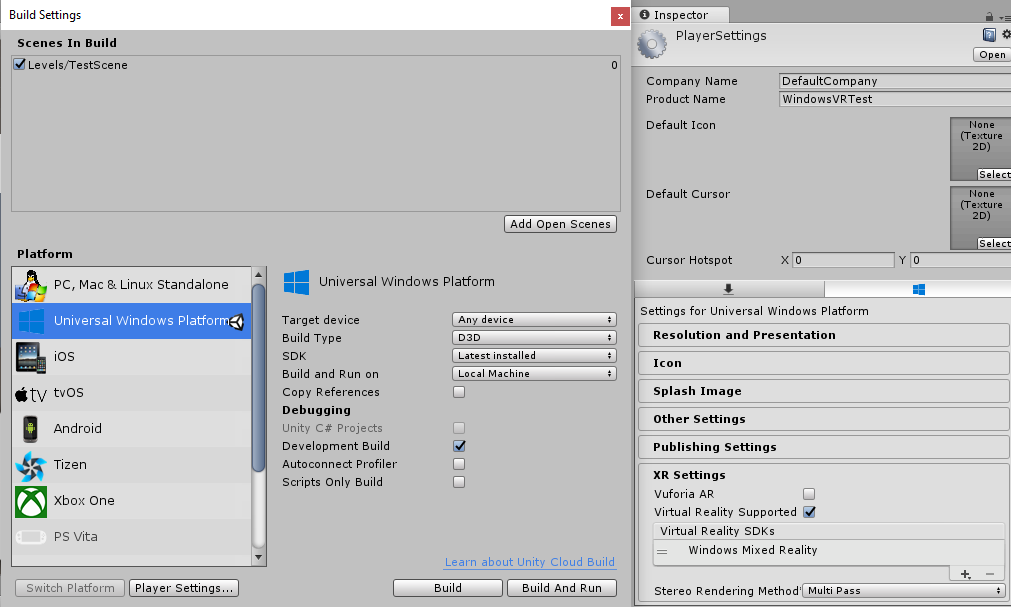 @Jesse_McCulloch , I previously talked to you in a different post about this, so I figured I'd make a new post.