So after updating Unity to 2017.2.0, when I try to create a simple object recognition app for the HoloLens, it won't build. I followed the simple tutorial of just uploading the Vuforia image target to Unity, and when I ran it on the editor, it recognized the image fine. However when I build, it won't allow me to select the "Unity C# Project" button under the Debugging section (it's grayed out).

I saw a similar post that stated that one possible solution was to select the scripting backend setting to .NET, which I followed, but was then not allowed to build because of this error: "UnityException: Build path contains project built with IL2CPP scripting backend, while current project is using .NET scripting backend.". Not sure how to fix this, please help, thanks! 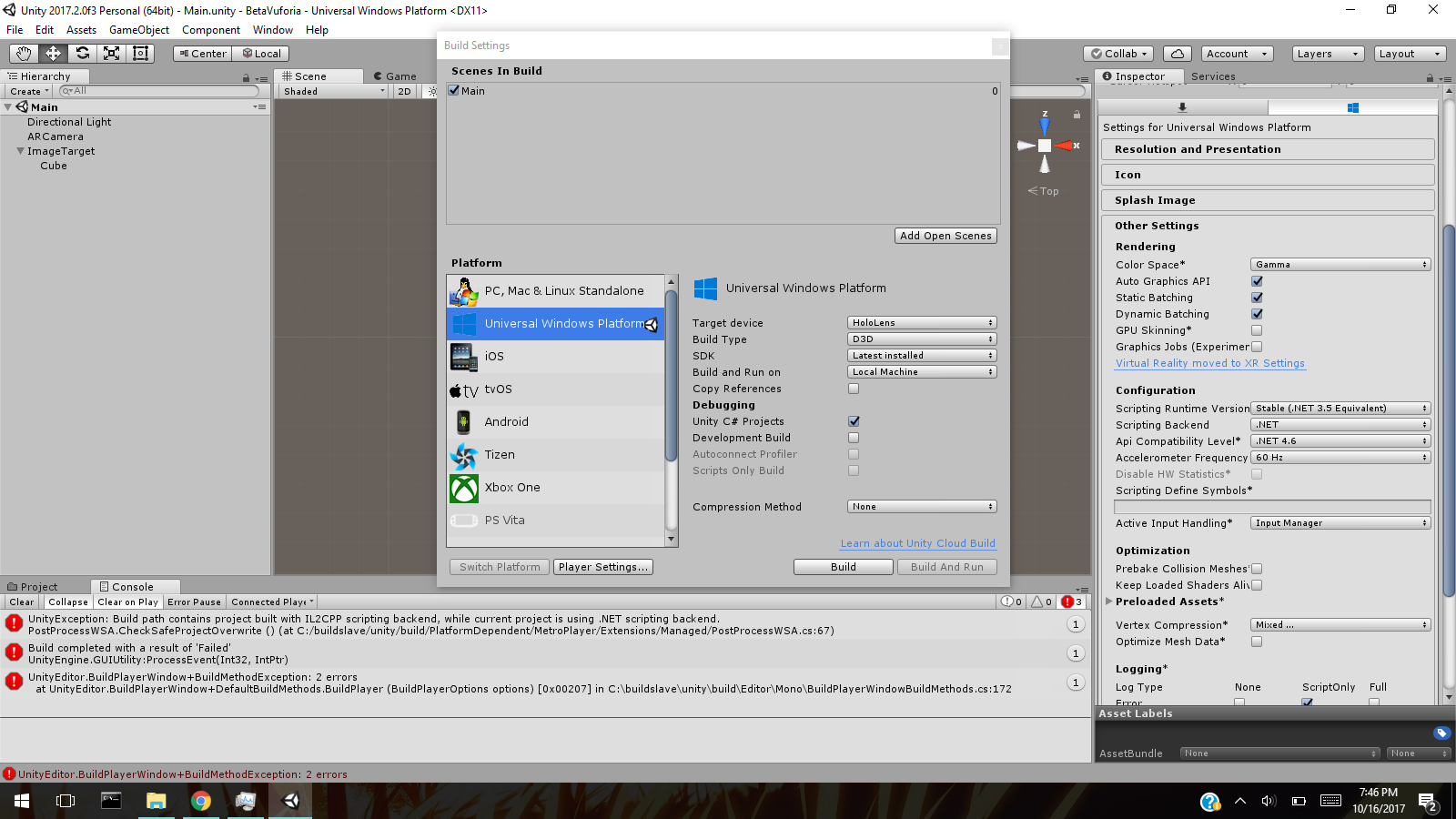