Still having a problem with asynchronous calls using Unity5.40f3-HTP with HoloLens

I have previously found that Microsoft's recommended version of Unity which is HoloLens compatible to be version 5.40f3-HTP. I believe currently this is the latest one available. I have spend this morning carefully going through a procedure using as my starting point the much used recipe of following the tutorial of Holograms 101E

We get the usual sort of picture on the emulator:- 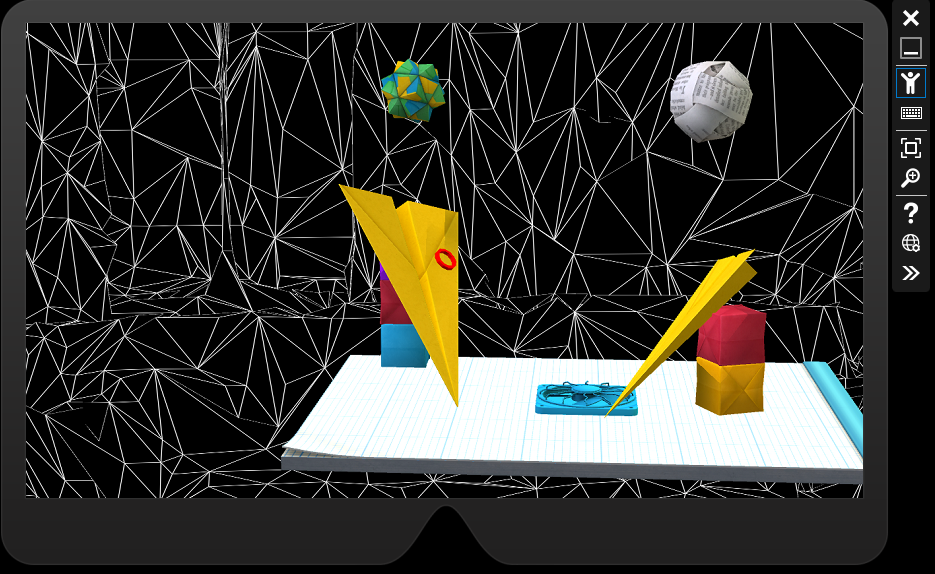 Now the next steps are where trouble starts brewing. Firstly define a new C# script in Assets. This time add in a 'using' clause:-

In the class it self add in 3 static lines:-

Then add a static procedure to the class:-

Now go back to Unity and proceed by clicking 'Build Settings' then 'Build. The process proceeds to Visual Studio where you 'Rebuild Solution' then 'Start without Debugging' to the Emulator to get the visuals up as normal - no fault here. However when you look at Unity and click on the 'Console' tab and the base of the editor you get this:- 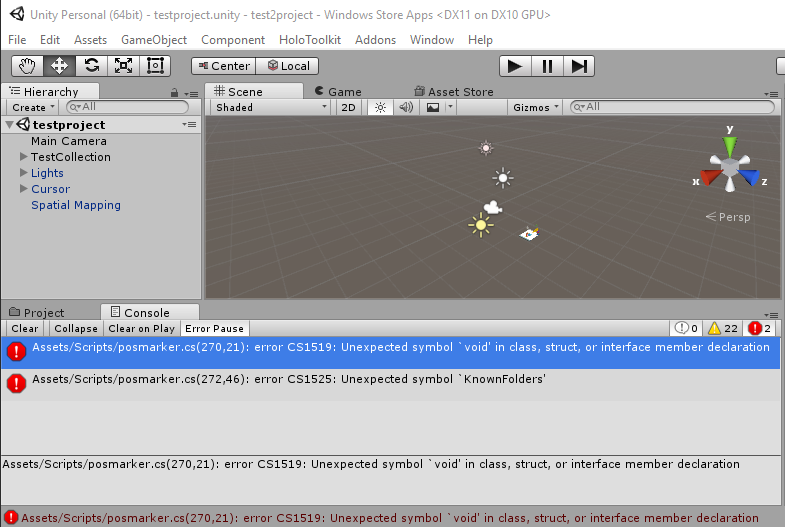 Now I have a GameObject called 'TestCollection' which really is the OrigamiCollection of MicroSoft's Tutorial 101E. In my case, I left out the 'Spatial Sound' step as I did not want music in the background. To all practical extends my version of TestCollection mirrors that of the original. I dragged my newly formed C# script over the TestCollection gameobject so it would be included as a Component.

Add in to your class a yet-to-be-defined IList object which will be defined in Start()
static public IList dataset;

Now, I will add some new 'Load and Save' routines that uses the Windows.Store namespace:- 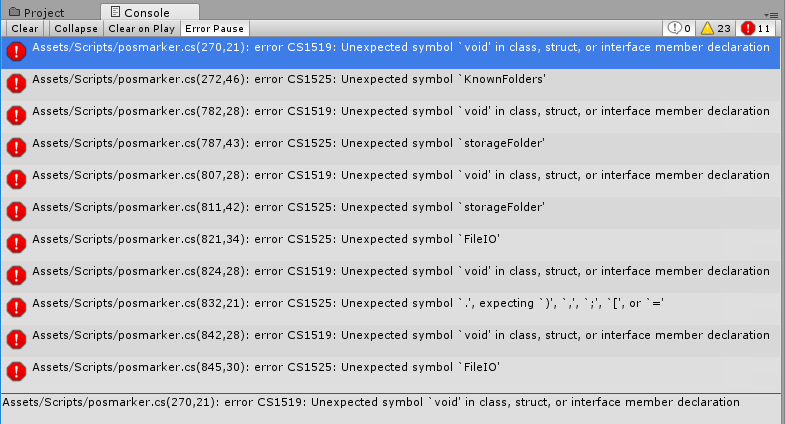 The last step just increased the errors reported by Unity. I then went to 'CursorMesh' which is a component of Cursor in the main Hierarchy in Unity and in the Inspector panel altered the scale to 2,2,2 for x,y,z respectively. Finally I was able to proceed through Build Settings into VS15 and after Rebuild Solution then clicking 'Start without debugging' I was able (without any errors reported) to get to the HoloLens Emulator that should me this view:- 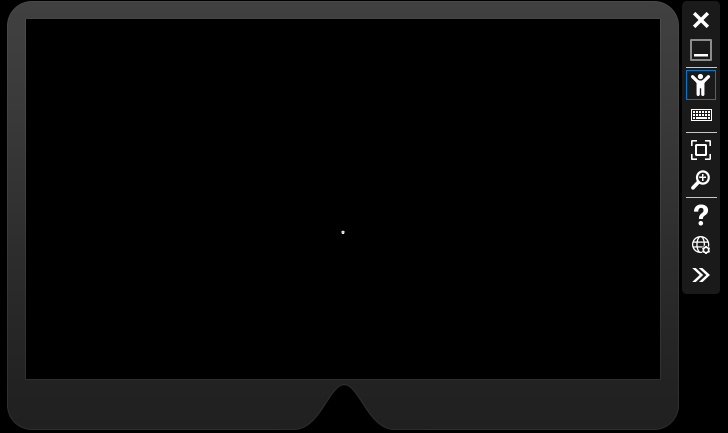 I believe this must be because of the nature that 'async, await' that are all part of C#5 and Unity's own internal compiler currently only goes up to C#4.4. For me this is a bit of a problem and I must find other ways of filing safely without this bother. I have tried other methods but issues arise there too. I am willing to hear from anyone who can advise on this problem or has other ways of avoiding it in the first place.