Recently, I've tried Lunar Module application on HoloLens and it was really cool. Links for an app:

In terms of functionality the most interesting thing for me was Lunar Module's Spatial mapping realization which looks really magically and represents as such something like on this image: 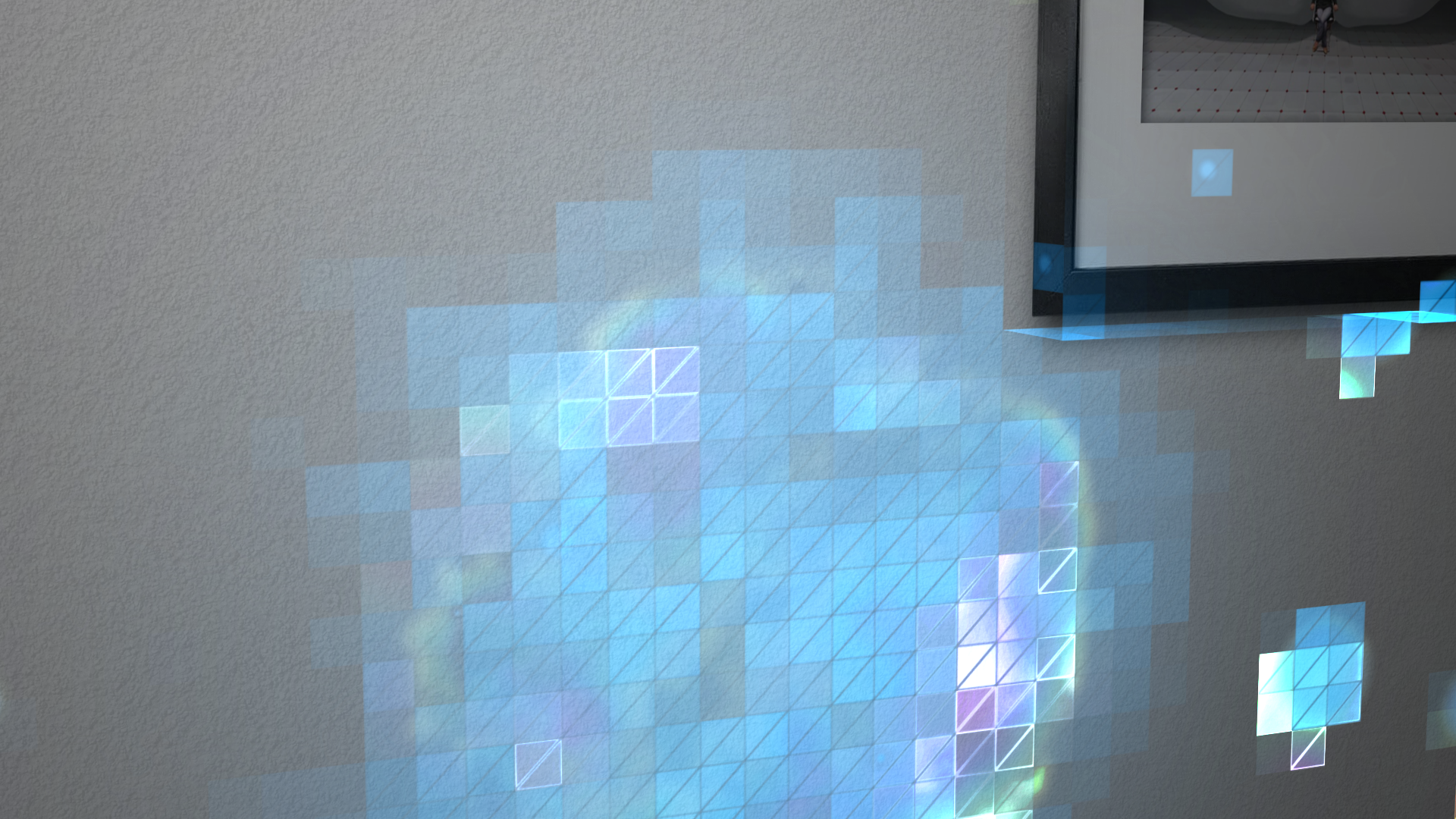 But in mentioned links I haven't found any descriptions of how it was realized. If you tried that application you should understand what do I mean but I'll describe my own understanding of how it works just in case:

When the user is in "scanning mode" we can see not just static mesh which appears with time but something really beautiful. The mesh animates from the point where the user is looking at the moment and that animation is very similar to how water behaves if we threw a stone there. So we can see the mesh with "blue blinking" effect from the point of our gaze's forward which as such seems to me representing some played animation. But does it work really in this way? Or maybe some "magic" materials / shaders cause that effect to be wonderful? I wish, someone helped me to find out how it actually was realized. I think, we just need to know some tricks to find out all queries because that project is an open-source one. And it is not going to be really difficult, isn't it?

Thanks for reading and making sense.
Best of all,
Andrew