It's the most powerful version of the SB with Performance Base, so spec wise it should be just fine. But when I plug in the USB, into any of the ports (all are USB 3.0, and I tried both ports on the book, and all 4 ports on the dock), I get an error. I took a screenshot of the USB errors as seen in the Device Manager.

@FranklinChen - Is this something you can point the right person to. I am on Campus thru Thursday afternoon at the Mixed Reality Academy space if someone wants to see a repro in action. 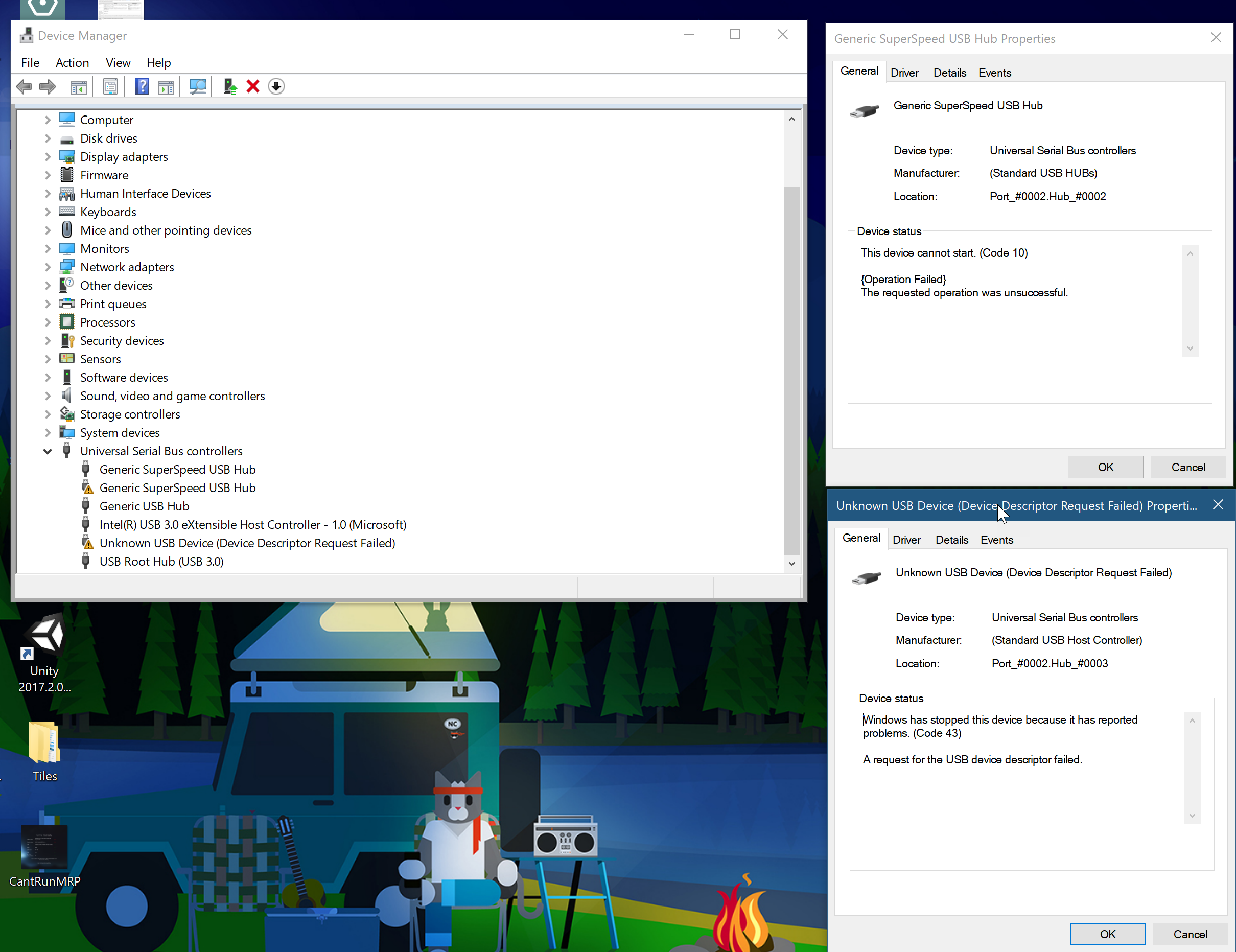