is it possible to transfer data over the micro USB port on the Hololens? 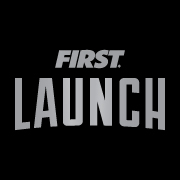 Hi, I am the lead programmer for my schools FRC robotics team. I am attempting to make an app for the hololens that would be a dashboard for the robot. Unfortunately, FIRST doesn't allow WiFi or Bluetooth on driver stations. This limits the only way that I can send data to USB.

It would be nice if the computer that the Hololens is plugged into could act like a router because there is at least one (probably more) mpg stream that would be great to show the drivers and a .net plugin for FRC networking (FRC.NetworkTables) could talk directly to the robot.

However, it could also work to make a program that runs on the computer that could get all that data and send it to the hololens (a companion app).

I am using UrhoSharp to make the app. I moved over to urho from unity because I can use FRC.NetworkTables without having to deal with porting it to unity. If you would like to check out what I have the git repo is here. https://github.com/Infin8Gamer1/FRC-HoloDash-2019_UrhoSharp

I found this post from a few years ago about port forwarding. It seems as if it has been removed in current builds though. https://forums.hololens.com/discussion/2301/adding-port-forwards-to-hololens

I also found this git repo from a team that did it 2 years ago. It seems that they had a custom build to allow data over USB. https://github.com/rp-first/FrcFieldHololens1

Thank's in advance for any help.