Trying to deploy "HolographicApp" on Hololens Emulator but getting error: DEP0001: Unexpected Error

Hello
I am trying to run a basic example project on Hololens Emulator using MS Visual Studio 2017. I tried to create a new project in MS Visual Studio 2017 Community V.15.4.2 and chose HolographicApp for Hololens Emulator. I chose Release and X86. This is very basic example project but I could not deploy it. I get the following error. How can I solve this? Any suggestions? I also tried to build and run Origami Project but same result.

(I run Hololens Emulator on Hyper V Manager and I could not use it by mouse . It says mouse input not captured, maybe this situation could be related with it and give a hint. I don't know if it is normal I have never successfully run anything on emulator)

I am adding Screenshots: 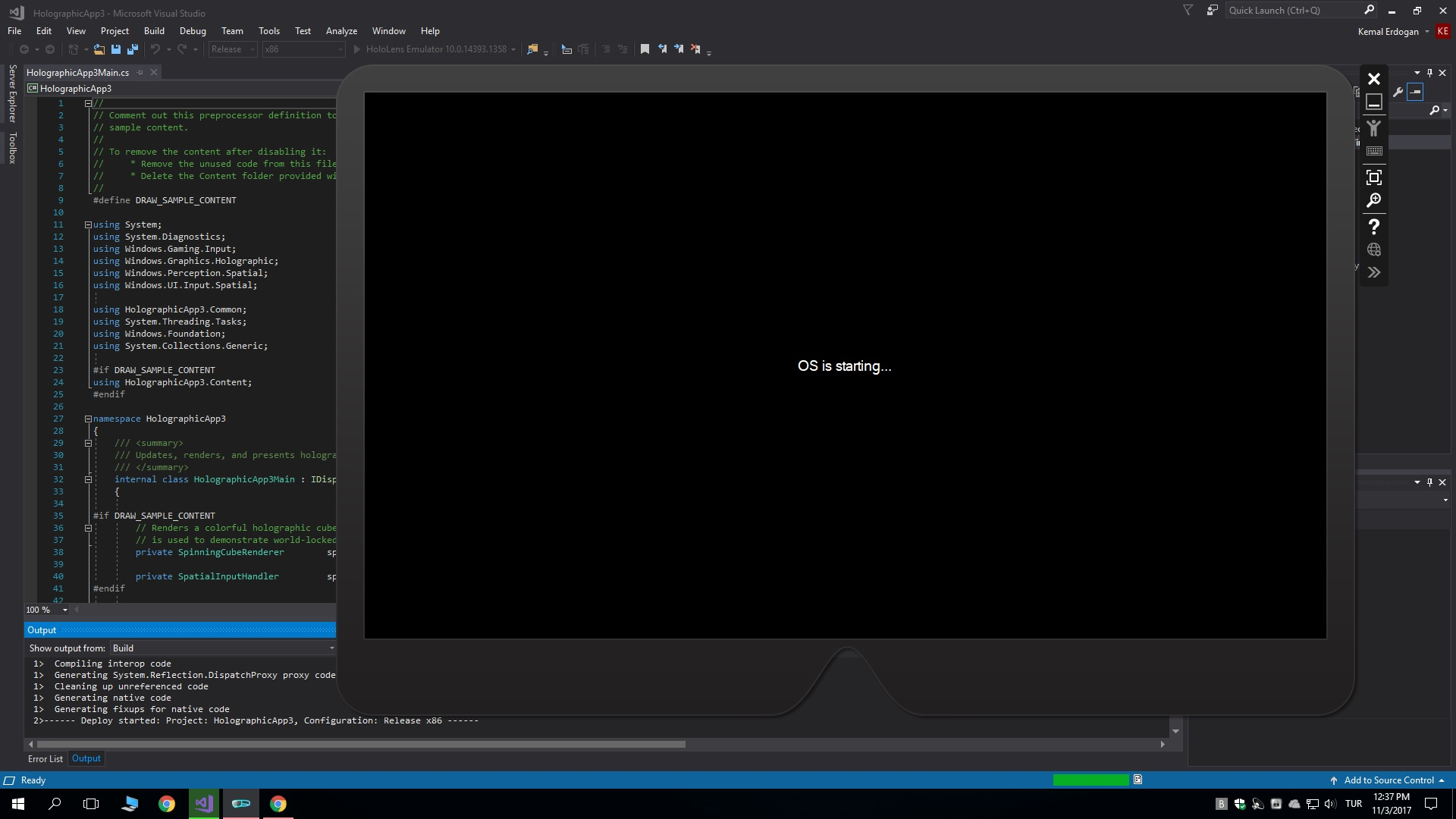 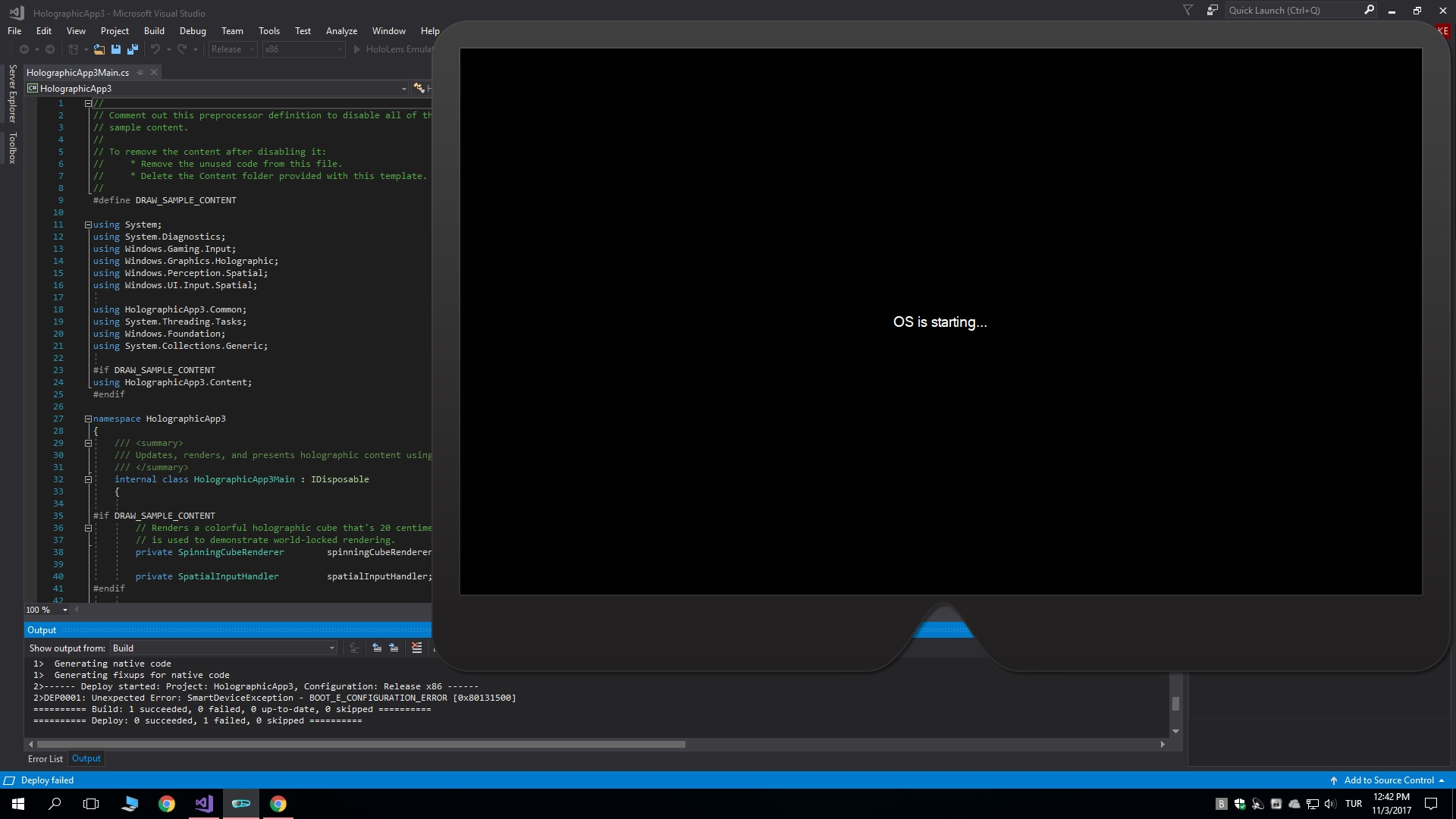