Hey, So I have a script that I've created to instantiate a prefab on tap. The Tree Manager code (pasted below) is in control of instantiating the tree and placing it in front of the viewer. But I'm having some issues since I've added the TapToPlace script to allow the user to control where the tree is placed immediately after instantiating it. 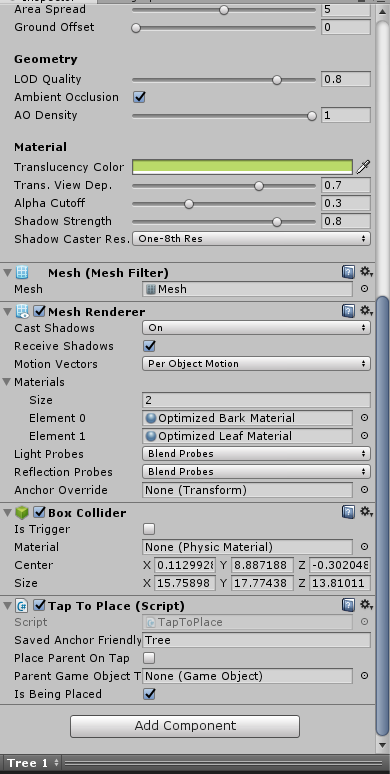 Any idea whats going on?