Sharing holograms between HoloLens and smartphone 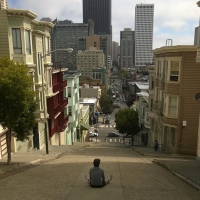 Hi everyone,
I would like to establish a communication between HoloLens and a smartphone, so that I can see the holograms in the smartphone and interact with them (and possibly exchanging other data between the devices). Does the sharing module of the toolkit allow me to do that, or is there another way without designing the whole thing from scratch?