Unable to deploy to HoloLens1.0 through Visual Studio 2019

I'm having troubles in deploying solution to Hololens1. 0 via Wifi. Before the test,

After Visual studio solution is generated, I set the target to "remote machine" with Hololens IP configured. It failed as follows, 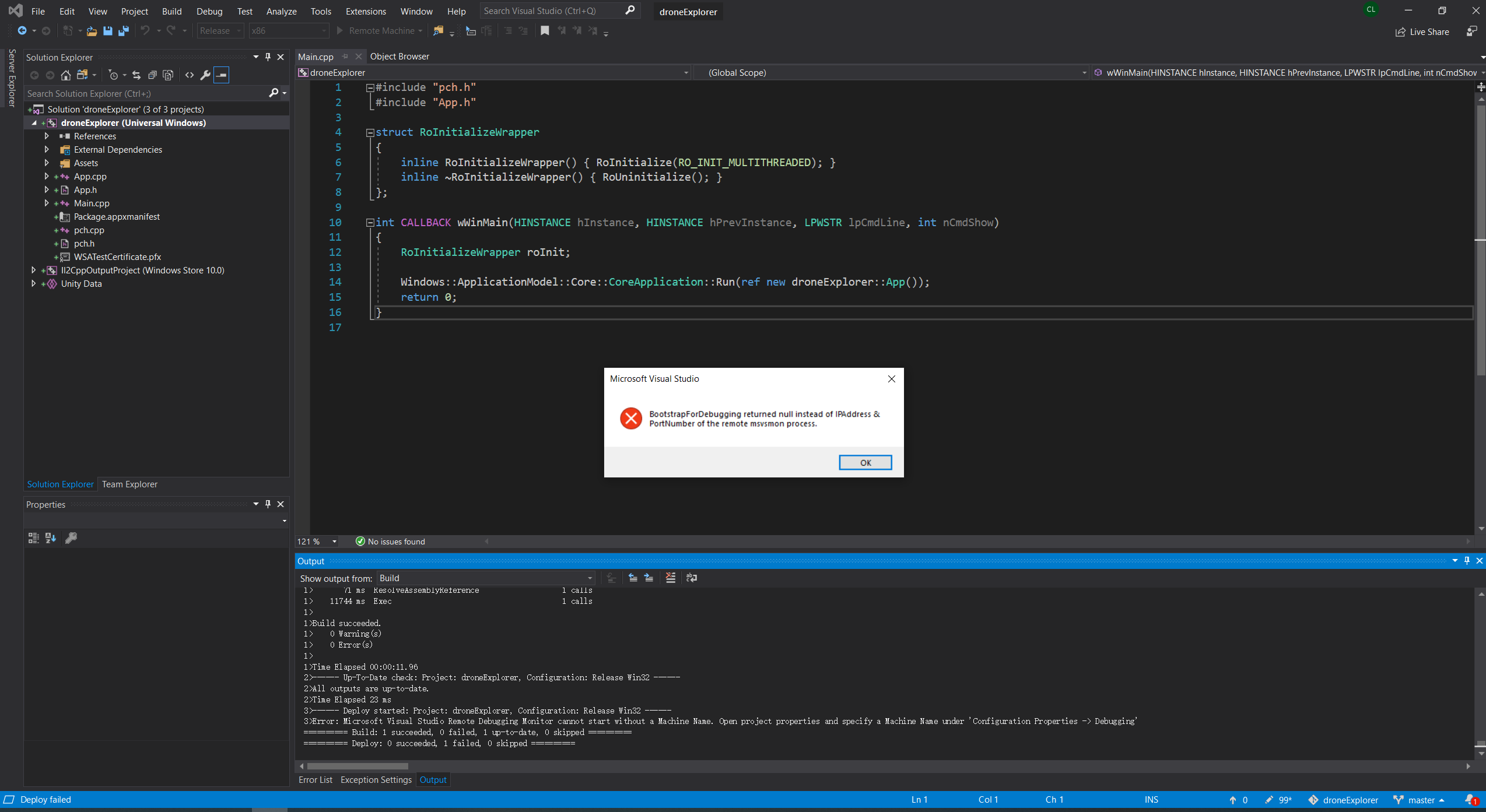 When I check console output, it shows

To debug, I tried 3 methods,

Appreciate your help.
Thanks