This is my first time using Hololens so I did everything from begining. I followed the online Holograms 101 tutorial.

Since I have a physical hololens, so I only followed the section "Installation checklist for HoloLens". I first installed a Unity 2017.4.2f2, then I installed a Visual Studio 2017 (15.6.7, community) with "UWP development" and "game development with Unity" selected.

Then I just followed the instructions in Chapter 1. Everything went well. In "Building Settings", I selected "Universal Windows Platform", "target device" is hololens, "Build type" is D3D, "SDK" is Latest installed since there is no option "Universal 10", "visual studio version" is Latest installed, "Build and Run on" is local machine, and I checked "Unity C# projects".

After opening the sln in visual studio, I set "release" "x86" "device"(my hololens is connected via usb) and then "start without debugging", and then I got the following 2 errors:

I have tried searching online for solution and I did see some people with the similar issue, but most of them are using an emulator instead of a real hololens. I have tried some solutions independent of emulator/hololens, but they didn't solve my problems.

Now I really don't know how to deal with it. I think the problem is from my visual studio because I also tried with my Unity 5.6 and it gave me the same errors. Another thing when installing the tools is that I just downloaded those listed under "Mixed Reality Toolkit", should I also build those solutions?

FYI, here are the settings of my visual studio: 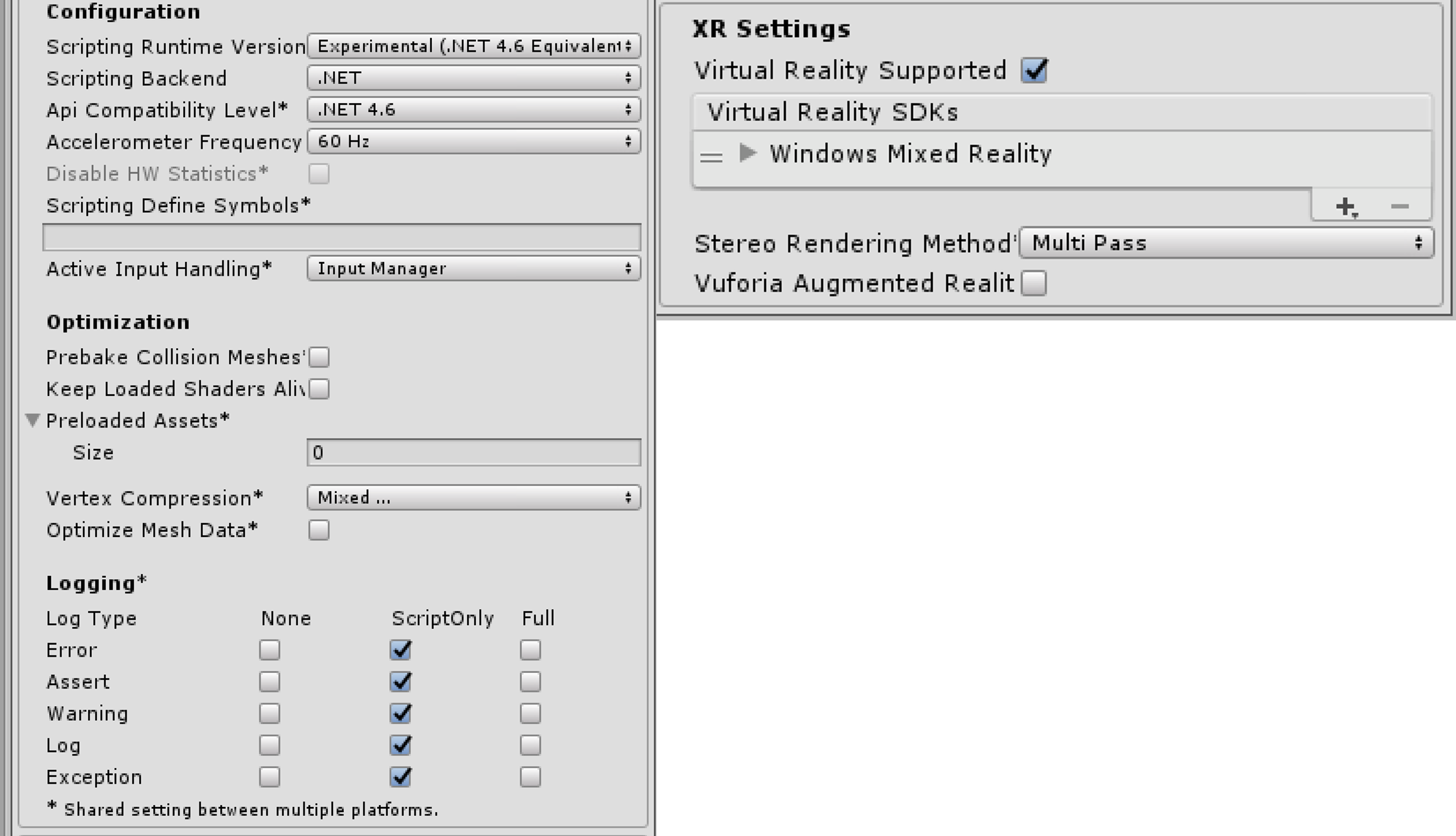 Does anyone know how to solve the problem? I really need to make it work by next week and now I'm very upset

Thank you very much in advance for any help!!!

Have a nice weekend,